During dry spells sandy, stony substrates can cause drought stress in plants unless their roots are deep in the soil or they possess other adaptations to dry conditions.  Amazingly, there are fungi which thrive in dry, infertile habitats even though they lack roots.  Here are a few that are easily overlooked but popped up in my yard in Sept-Oct of this year during what turns out to have been developing drought conditions.  Pisolithus tinctorius is a variably colored upright species sometimes with a lobed or stalked appearance that appears in dry coarse soils. Its bizarre appearance has suggested the common name of ‘Dead Man’s Foot’. This specimen is nearly 15 cm high. All photographs are of fungi that appeared naturally in my yard.

Mature fruiting body of Pisolithus with spore mass on top.

Note how the Pisolithus spore mass disintegrates when the fungus is disturbed (below).

In Pisolithus, the spores are initially contained within small, granular-like capsules  (peridioles) that develop within the spore case. With maturation, the walls of the peridioles break down releasing the powdery spores.

Peridioles are visible in this naturally split-open spore case with released spores visible at the topof the fungus.

Fungi belonging to the genus Scleroderma are thick-skinned and form low stocky fruiting bodies that may be hard to discern when growing in stony soil. They resemble puffballs in shape but are much thicker and resistant to adverse conditions. Some species of Scleroderma release spores from an apical slit while in others the fruiting body splits open forming  lobes that peel back exposing the spores.  Initially the spores form a dense mass that separates after desiccation. 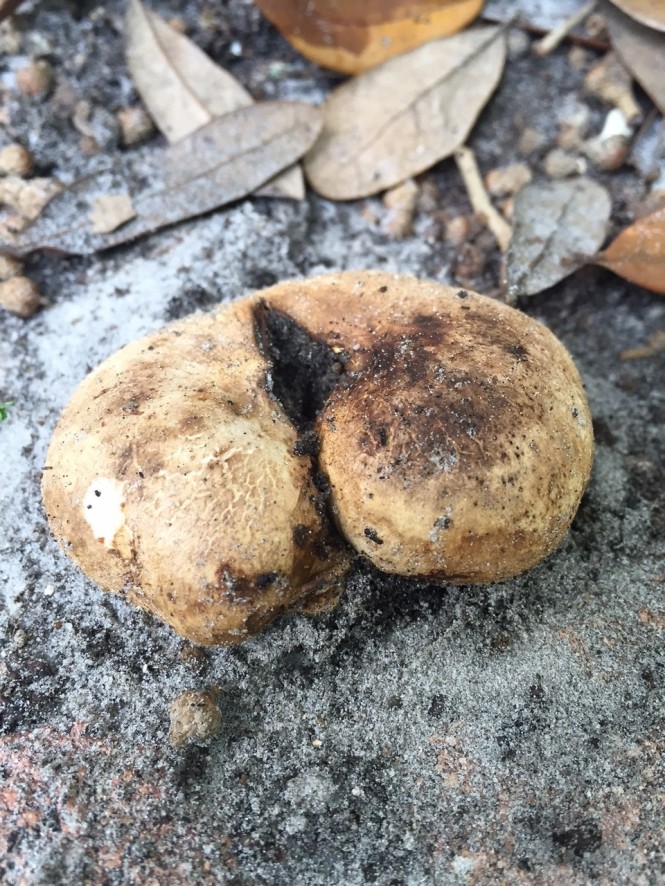 A Scleroderma has formed an apical slit through which the spore mass will emerge. The specimen is about 5 cm along the long axis. 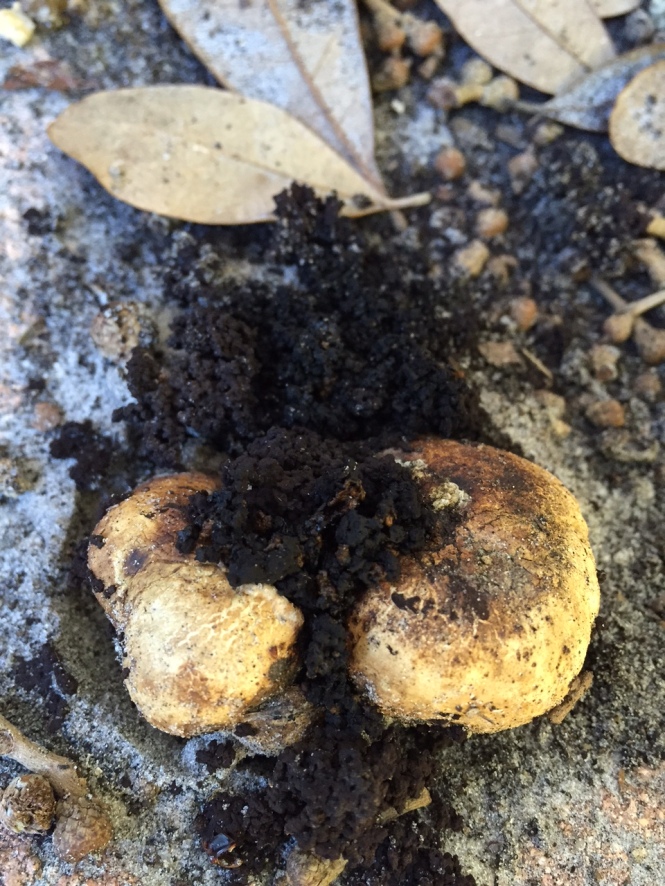 In this follow-up photograph (above), the same fungus is seen two days later with the spore mass ejected.

In another species, spore-release is achieved by a natural peeling-back of the spore case.

A S. geaster in which the spore case partially peeled back to form lobes  thereby exposing the spore-bearing surface. 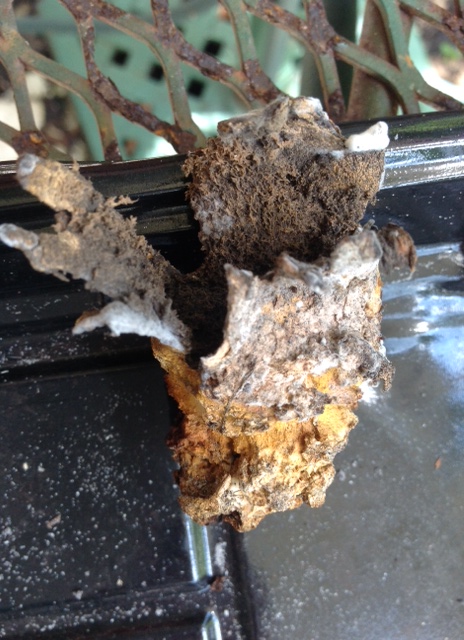 The post-mature spore case of a Scleroderma in which the rind-like skin is opened. Most spores are released but some still adhere to the rays. This specimen may not belong to the same species as the prior one.

Numerous black fruiting bodies of Daldinia mixed with lichens, both growing on a dead oak twig.

Daldinia is a genus of tough saprotrophic species that colonize dead wood and persist (dead or alive) for long periods (likely months or more). The species shown here forms hard fruiting bodies about 0.5 cm in diameter covered  in small pimple-like protrusions.  It is unclear as to whether the fungi or the lichens first colonized the branch which fell to the ground already well colonized. Some Daldinia species  are called ‘cramp balls’ and resemble pieces of charcoal. A related genus (Ditrype)  forms a black crustose layer on larger (dead) branches  that resembles dried tar or paint! Daldinia is classified as  belonging to the Ascomycetes and is only distantly related to the Scleroderma and Pisolithus species discussed above. The latter two belong to the Basidiomycetes, the second major sub-divison of the Fungi.